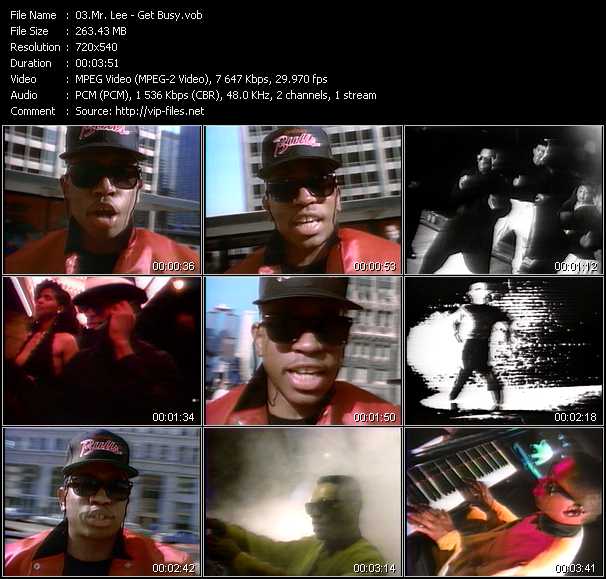 Other Pop-Music Videos of Mr. Lee

Chicago, Illinois, USA. By the time he was 18 he was to be caught DJing at local clubs and recording demo tapes at home, perfecting his own sound. Confident of his newfound abilities, he approached a friend, who brought him to the attention of Mitchbal Records. A few singles emerged from the deal, but failed to sell. More success was to be found with the Trax Records label, for whom he recorded the hip house cut "Shoot Your Best Shot". Popular in his native Chicago, it paved the way for the follow-up, "I Can't Forget", on which he sang for the first time, to become an international hit. However, from then on he changed his vocal delivery to that of a rapper, releasing singles like "Pump Up Chicago" and "Pump Up London". While promoting these in the latter territory he was the subject of intense bidding by the majors, finally signing with Jive Records. Following singles like "Get Busy", "Pump That Body", "Do It To Me" (which featured an all-star cast, being produced by Mr. Fingers, part-penned by Stevie Wonder and featuring samples of Quincy Jones' "Betcha"), his debut album would sell over one million copies worldwide, the title-track reaching number 1 on the Billboard dance music chart when released as a single. By the time of his second collection he was experimenting with swingbeat, a new way of maintaining the blend of R&B/house and rap which had served him so well previously.