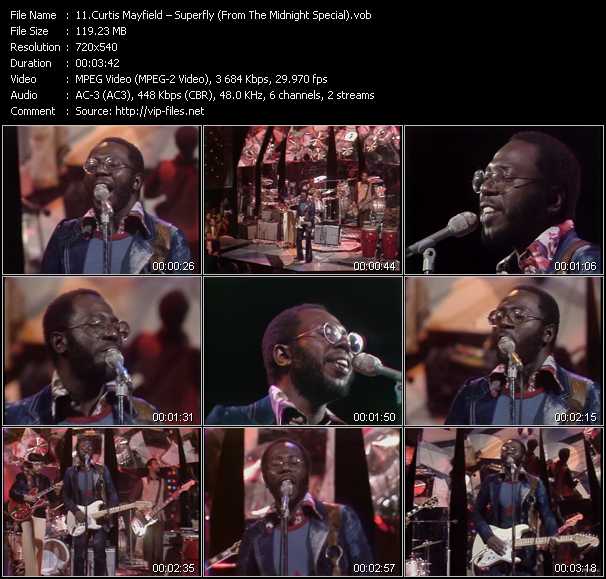 Other Pop-Music Videos of Curtis Mayfield

Blow Monkeys With Curtis Mayfield video The Day After You

American singer, guitarist, songwriter, and producer. Born: 3 June 1942 in Chicago, Illinois, USA. Died: 26 December 1999 in Roswell, Georgia, USA (aged 57). Co-founder of R&B vocal group The Impressions in the late 1950's. He left The Impressions in 1970 to embark on a solo career and founded his record label Curtom. Mayfield is truly one of the greats, a pioneer in funk and socially aware R&B. He received the Grammy Lifetime Achievement Award in 1995. Inducted into Rock And Roll Hall of Fame in 1999 (Solo Performer) and previously as a member of The Impressions. Inducted into Songwriters Hall of Fame in 2000.