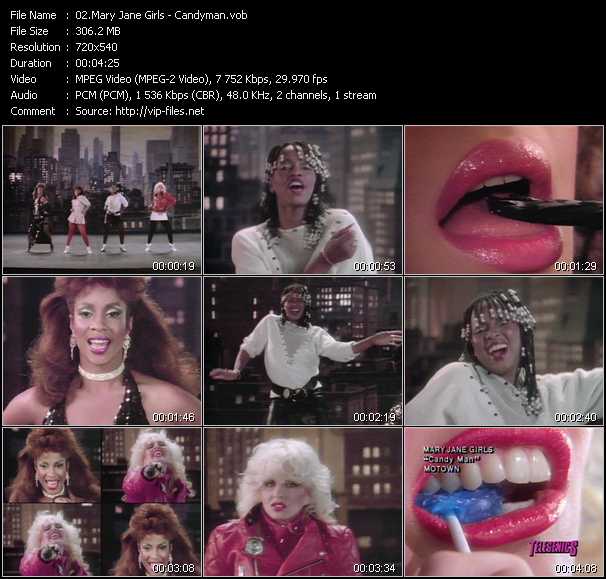 The Mary Jane Girls were brought together by Rick James in 1979, hired as back-up singers for his tour. It is believed that with the formation of rival Prince's sexy new girl group Vanity 6 in 1982, James wished to compete with his own sexy quartet. He got a deal for the girls on Motown and gave them their group name, which was based on his funk hit Mary Jane (an obvious reference to his beloved marijuana). He also conceived sexy stage names for the members: JoJo, Candi, Maxi and Cheri. They had instant success on the soul charts with their James produced self-titled debut album, which spawned hits in 'Boys', 'All Night Long' and 'Candy Man'. In 1985, 'Cheri' (aka Ann Bailey, who became lead singer of Morris Day's short-lived girl group The Day Zs) left the group and was replaced by 'Corvette'. They released their second and last album, Only Four You, which included successful singles 'Wild And Crazy Love', 'Break It Up' and their biggest hit 'In My House'. A remake of the Four Seasons' song 'Walk Like A Man' (from the soundtrack of the film A Fine Mess) was their final release. Due to Rick James' battle with Motown, they were dropped, and though it was rumored that they were recording a new album with Jimmy Jam and Terry Lewis in 1987, it was never released. Corvette (aka Yvette Marine) was in the news a few years later after suing Paula Abdul, claiming that she and not Paula sang lead on most of the songs on the Forever Your Girl album.