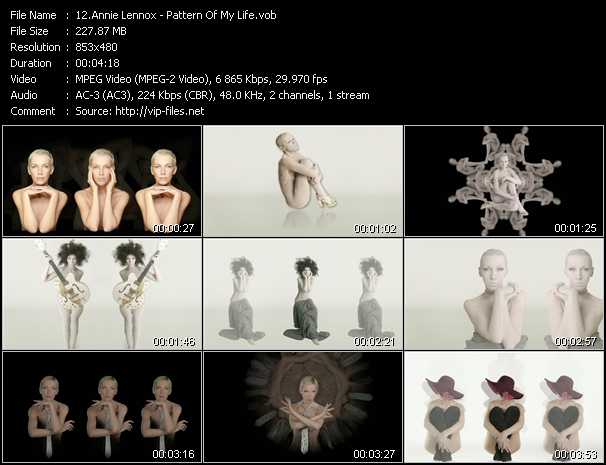 Other Pop-Music Videos of Annie Lennox

Annie Lennox video Something So Right

Annie Lennox video Love Song For A Vampire (From Dracula)

Scottish singer, songwriter, political activist and philanthropist, born December 25, 1954 in Aberdeen, Aberdeenshire, Scotland, UK. After achieving moderate success in the late 1970s as part of the new wave band The Tourists, she and fellow musician David A. Stewart went on to achieve major international success in the 1980s as Eurythmics. She embarked on a solo career in 1992. In 2011, Lennox was appointed an Officer of the Order of the British Empire. At the 2015 Ivor Novello Awards, Lennox was made a fellow of the British Academy of Songwriters, Composers and Authors, the first female to receive the honour.