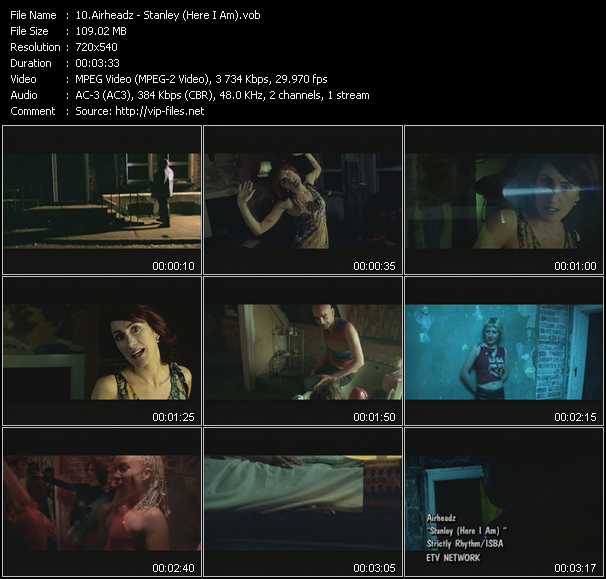 Other Pop-Music Videos of Airheadz

Airheadz video Stanley (Here I Am)

Airheadz video Stanley (Here I Am)

Airheadz was a UK trance production duo based in London, comprising Leigh Guest and Andrew Peach. They were later joined by Caroline De Batselier who acted as vocalist and live performer. They are best known for the trance hit single "Stanley (Here I Am)" which charted in many countries and started off as a bootleg ("Stanley - Stanley's In A Trance Mix") due to it originally containing a sample from Dido's hit single "Thankyou" (also sampled by Eminem's "Stan" during the same period). Despite being an unofficial release, the track rapidly became popular on the UK and European club scene and radio circuit during late 2000 to early 2001. However, due to it being unable to acquire publishing clearance for the use of Dido's vocal segment, the track wasn't able to get an official release. In Spring 2001, the track was re-released by AM:PM with the Dido sample having been removed and replaced with an entirely new vocal segment (Caroline De Batselier), modifying the feel of the track quite profoundly. In April 2001, the official (modified) version reached a peak position of #36 in the UK Singles Chart and is currently listed in the Top 100 trance anthems of all time.

Stanley (Here I Am) - Airheadz

Stanley (Here I Am) - Airheadz