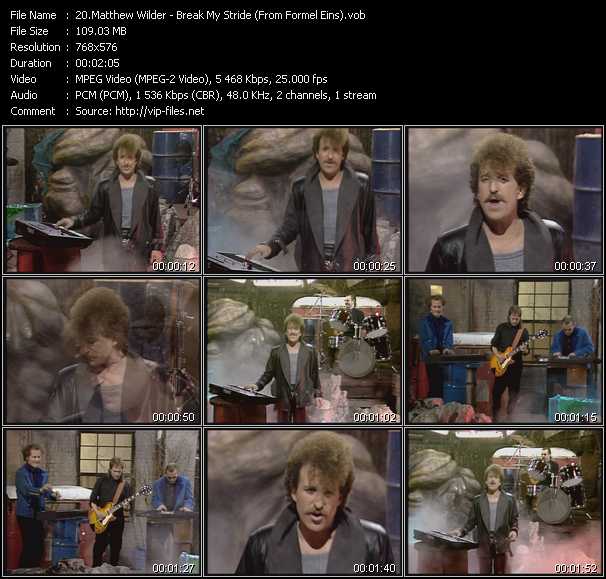 Other Pop-Music Videos of Matthew Wilder

Born January 24, 1953, Manhattan, New York, New York, is an American musician, composer and record producer. Matthew was one half of a folk duo called Matthew & Peter before striking out on his own in 1978. At that point he became a background vocalist for Bette Midler and Ricki Lee Jones. Not much happened until he released "I Don't Speak the Language" with the top 6 pop hit "Break My Stride" in 1983. The follow up "The Kid's American" peaked at #33 and then it was downhill from there chart wise. He continued his career as a writer and producer for the likes of No Doubt, 702, Christina Aguilera, Kelly Clarkson, The Belle Brigade, King Charles, Joanna Pacitti and many others. He provided the vocals for the Ling character in Disney's "Mulan". His last chart entry was in 1985 with the #52 charting single "Bouncin' Off Walls".