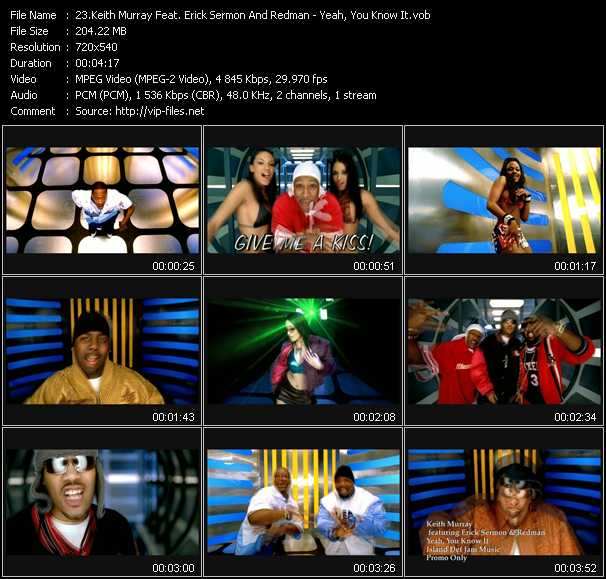 Other Pop-Music Videos of Keith Murray

Keith Murray, born in Brooklyn, New York, in 1974. He is an American rapper and member of Erick Sermon's rapper collective known as Def Squad, along with Redman, Jamal, and Erick Sermon.