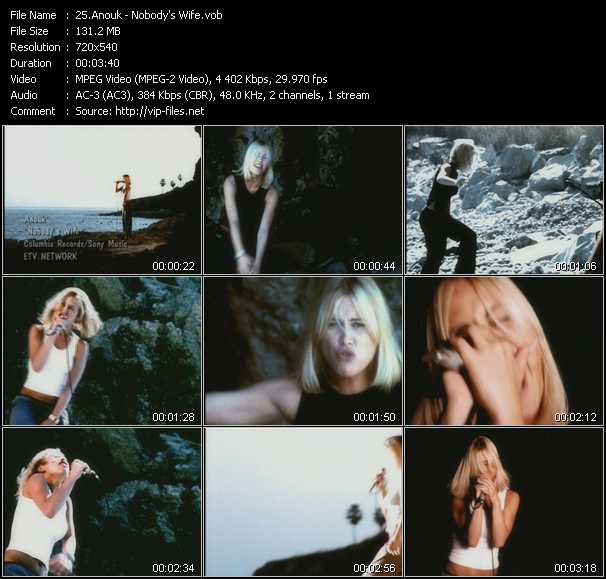 Other Pop-Music Videos of Anouk

Dutch singer and songwriter, born 8 April 1975 in The Hague, Netherlands. Regarded as the most popular female rock singer from the Netherlands, Anouk was discovered by Golden Earring frontman Barry Hay. She had her breakthrough in 1997 with her second single "Nobody's Wife" and from then onwards, Anouk has had numerous hit singles in the Netherlands and Belgium. She represented the Netherlands in the Eurovision Song Contest 2013 in Malmö, Sweden with the song "Birds". Anouk has received numerous national and international awards, including Dutch and Belgian TMF Awards, Edison Awards and MTV Europe Music Awards.