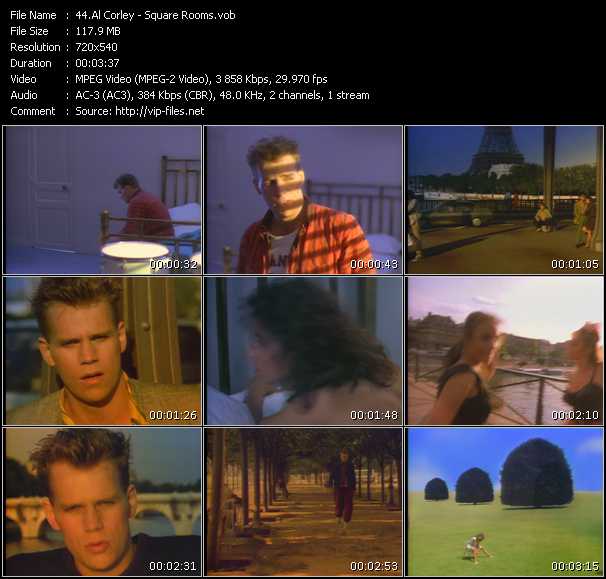 Other Pop-Music Videos of Al Corley

American actor and disco artist, born on 22.05.1956 in Wichita/Kansas. Played the character Steven Carrington in the TV series "Dynasty" during the 80's. Had a hit in Europe with the single "Square Rooms" in 1984 and released three albums.