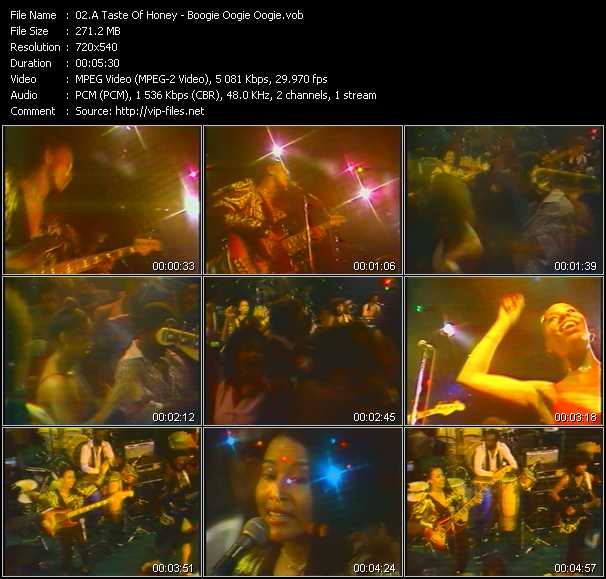 Other Pop-Music Videos of A Taste Of Honey

A Taste Of Honey

Disco and Soul group. Formed in Los Angeles, California in 1972. They signed to Capitol Records when producers - songwriters - brothers Larry Mizell & Fonce Mizell suggested them to the label. They became the first black group to win a Best New Artist Grammy at the 1979 awards. In 1980 the quartet reduced to a duo consisted of the two girls - songwriters and guitarists. They did a very succesful remake of Kyu Sakamoto's hit "Sukiyaki", with new English words. The pair split up in 1984 after four albums.

Boogie Oogie Oogie (From The Midnight Special) - A Taste Of Honey