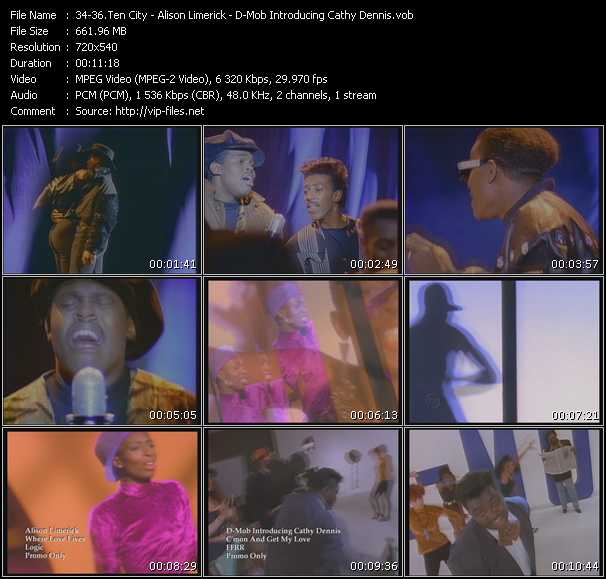 Other Pop-Music Videos of Ten City

The Chicago vocal group Ten City was one of the few house units to enjoy mainstream exposure during the late 1980s and early 1990s. Originally called Ragtyme, the trio was formed by vocalist Byron Stingily, guitarist Herb Lawson, and keyboard player Byron Burke, all under the aegis of producer extraordinaire Marshall Jefferson. Byron met Marshall at Trax Records after Marshall had loved Byron's vocals on Dezz 7 - 'Funny Love'. They recorded about 5 songs together (unreleased) before recording 'Devotion'. Atlantic originally wanted to sign Stingily to a solo deal, but he didn't want to sing on stage on his own, so he drafted in his friends and Ragtyme colleagues Herb & Byron Burke. After signing with Atlantic in the late '80s, Ten City's debut LP, Foundation, included the singles "Right Back to You" and "That's the Way Love Is," both of which received a good response in R&B and dance circles. "State of Mind" and "No House Big Enough" followed in 1990 and 1992, though Atlantic dropped them soon after. Just after release from their contract, the single "Fantasy" (written with Masters at Work) did well on the club scene, but by the time Ten City released their fourth album "That Was Then, This Is Now", the buzz had disappeared. The group rapidly disintegrated, though Stingily went on to a successful solo career.