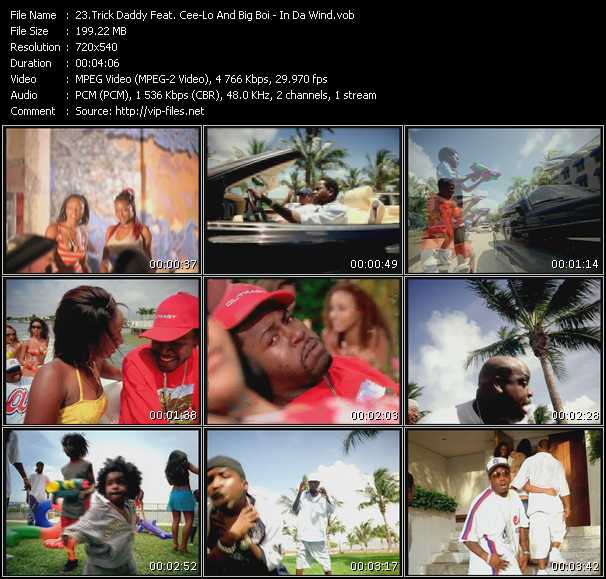 Other Pop-Music Videos of Trick Daddy

Rapper and singer from the Atlanta-based Goodie Mob, now more known for his work with the chart-topping Gnarls Barkley. Released his first solo album 'Cee-Lo Green And His Perfect Imperfections' on Arista in 2002 to much critical acclaim. CeeLo has one of the most distinctive voices in all of hip-hop.

Young was born on September 27, 1974, at Jackson Memorial Hospital in Miami, Florida. His mother, Pearl Brockington of South Carolina, raised him and his ten brothers and sisters in the notorious Pork-n-Beans Projects in Liberty City. His father Charles Young was a local pimp and would take in Trick and his brother Derek "Hollywood" Harris, to live with him when he was a teenager. While he lived with his father, they began to deal crack cocaine on the streets. At 15 years old, Young was arrested for drug and firearm possession. The day he was released, Young was arrested on an attempted-murder charge for shooting a man during a street fight. He was convicted and sent to prison at 20 years old. In 1994, his brother was shot and killed while he was still incarcerated. After he was released from prison, Ted Lucas, founder of Slip-N-Slide Records, urged Young to focus on a rap career and stay out of the streets.