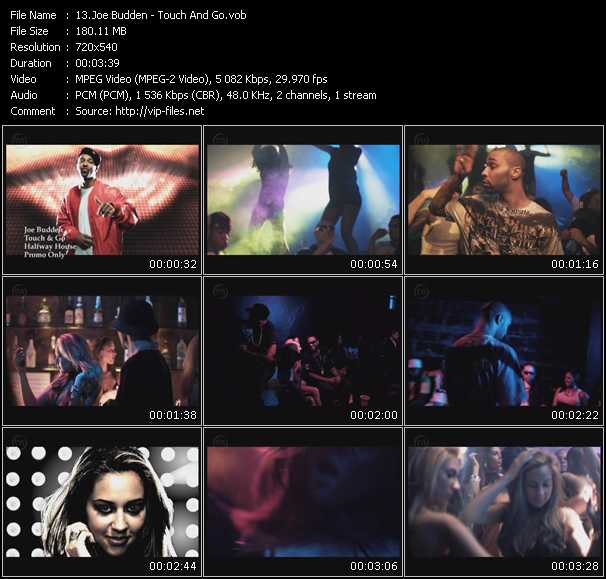 Other Pop-Music Videos of Joe Budden

Born: August 31, 1980, Spanish Harlem, New York. Following some troubled teenage years, Budden cleaned himself up and focused his sights on hip-hop fame. He teamed up with producer Dub B (aka White Boy) and began making demos, one of which ended up in the hands of DJ Clue. Soon afterward, Budden was a mixtape fixture, freestyling over popular beats on mixes by New York's leading DJs, most notably DJ Clue, DJ Kay Slay, and Cutmaster C. In particular, his "Grindin'" freestyle turned heads, as did one of his White Boy productions, "Focus." It wasn't long before Budden joined On Top management and went to work with Just Blaze, one of New York's hottest producers of the moment. Indeed, a sure-fire hit resulted: "Pump It Up," a club-ready track that connected everywhere, from MTV to the streets. While all of this was going down, industry heavyweight Def Jam signed Budden and prepared his self-titled debut album, which charted well its opening week, earned some critical support. After label delays of his second album Joey left Def Jam and started his Mood Muzik mixtape/albums which showed a more ferocious but vulnerable MC which gained him a new group of supporters.