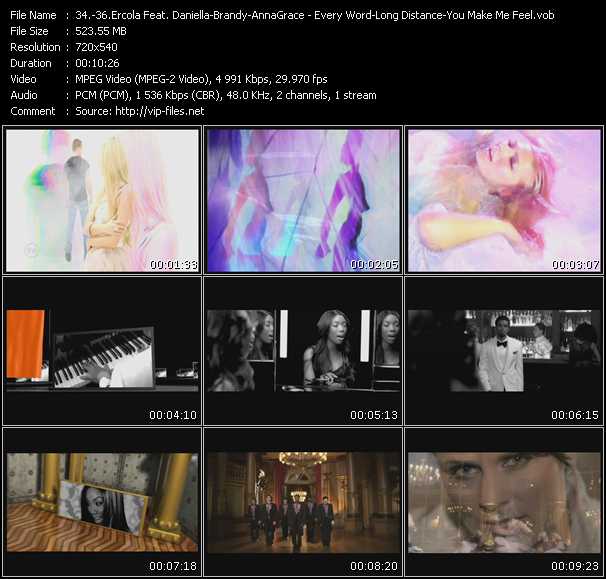 Other Pop-Music Videos of Ercola

African-American singer, actress, model, songwriter and music producer. Brandy (Norwood) was born on February 11, 1979, in Mississippi, and raised in California. At the age of 15, Brandy burst onto the music scene with her R&B and pop crossover hit, "I Wanna Be Down." She began singing in public at local youth groups and eventually to high profile gigs. She is the daughter of Willie Norwood, the cousin of rapper Snoop Dogg, and the sister of Ray J. Her inspirations include Aretha Franklin, Whitney Houston and Stevie Wonder.