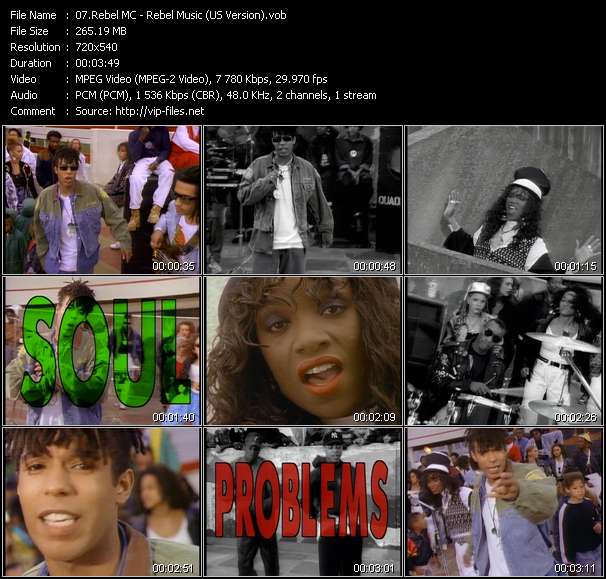 Other Pop-Music Videos of Rebel MC

The 80's popster turned proto-jungle revolutionary was born Michael West in 1965 in London. He was part of the Beatfreak sound system. He joined Double Trouble in the early '80s with Michael Menson and Leigh Guest and released the ska-pop hit Street Tuff. Rebel MC gained fame in England as a Pop-rapper, but by 1991 had released Rebel MC - Black Meaning Good, an album that presaged Jungle with hardcore techno married to dub basslines and ragga toasters such as Barrington Levy and P.P. Arnold. The 1992 singles Rich Ah Getting Richer and Humanity also showed the new direction. 1994's Code Red - released as Conquering Lion - became a smash and brought the Jungle movement to the British masses. West converted to Rastafarianism in the mid-90s and changed his name to Mikail Tafari.