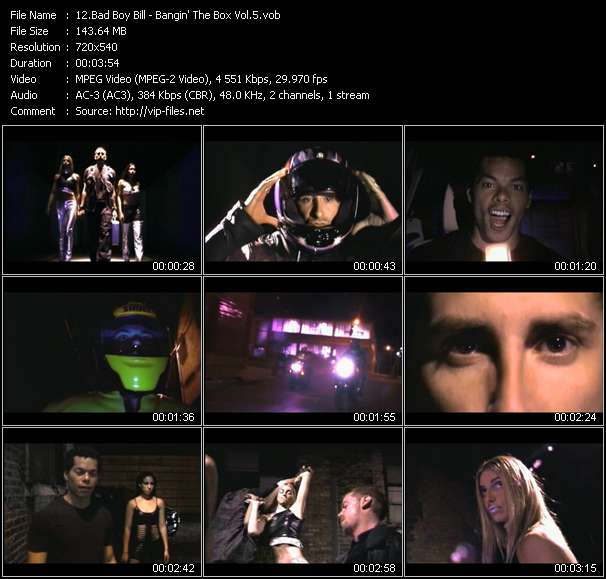 Hard-house DJ Bad Boy Bill was born and raised in Chicago, and began mixing records at the age of 14. An avid fan of Chicago radio station WBMX's Hot Mix Five mixing team, Bill landed his big break when none other than Farley "Jackmaster" Funk gave him his first broadcast gig; he went on to emerge as one of the hottest turntablists on the Windy City scene, and in 1988 took top honors in the Midwest division of DMC's Battle DJ competition. Bad Boy Bill went on to spin records throughout the world, even maintaining a long-term DJ residency in Germany in addition to hosting "Street Mix," a top-rated weekly radio mix show on Chicago's WBBM. He also founded his own label, International House Records, and through its Mix Connection Multimedia Inc. subdivision issued a series of mix tapes, the ongoing Bangin the Box series. Utilizing up to fifty records -- a reflection of his hip-hop background -- where most DJs would use only ten, Bad Boy Bill gained a great reputation for playing fast and loose with the mix, rarely pausing to rest on his laurels. Along with the Bangin the Box series, he's issued several volumes in a four-turntable battle series (with Richard "Humpty" Vission) titled The House Connection. In May of 2000 the bangin' series continued with the release of Bangin in London. He is an investor in Beatport.com along with Jonas Tempel, Eloy Lopez, Richie Hawtin and John Acquaviva. He also runs Ménage Music.