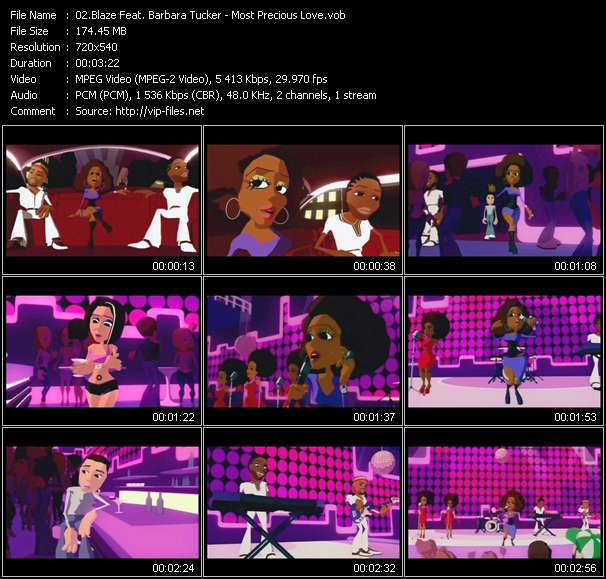 Other Pop-Music Videos of Blaze

New Jersey-based duo. Chris Herbert was a member but left the group in the early '90s.

Barbara Tucker is one of the most prolific and successful soul/dance/house music vocalists. Tucker has had six #1 hits on the US Hot Dance Club Songs chart. With the production team Masters At Work she has created dance classics like "Deep Inside", "Beautiful People", "I Get Lifted", "Stay Together" and "Stop Playing With My Mind". She has also worked with David Guetta and Blaze. Tucker's backing vocal credits range from George Clinton to Deee-Lite. Raised in Brooklyn, New York, Tucker found her love for singing in the church, as well as from her entertainer Father Jayotis Washington of the group The Persuasions. As an actress, Tucker has performed in various off-Broadway plays, earning her the American Theater T.O.R. award. As a dancer, Tucker has choreographed and danced for various dance artists such as C&C Music Factory, Soul System, Jay Williams and Deee-Lite.