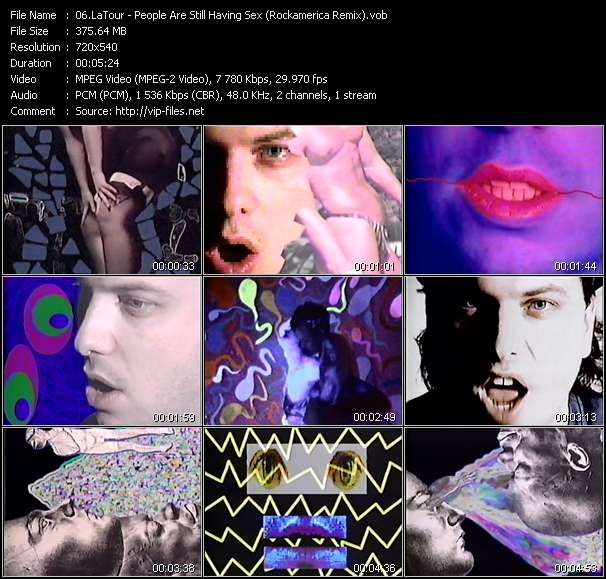 Other Pop-Music Videos of LaTour

Electronic Musician / Songwriter, Keyboardist and Mixing / Editing engineer. William "Bud" began working in the recording studio in Chicago around 1987~1988-ish a few years after the birth of house and industrial music. As the 'House' music sound began to become the mainstream choice across the US at the end of 1980's, replacing the Freestyle and syncopated Electro sounds in the majority of nightclubs across the US, LaTour at that time became a solo electronic artist around 1991 and charting seven dance singles from two albums in the early 1990's. Founding member, keyboard player, writer, producer, director of The Squids from 1989 and sporadically throughout the bands duration in 2005. LaTour has also appeared on BBC's Top of the Pops, MTV's Spring Break and Beavis and Butthead, NBC's Nightline and HBO's Sex Show, as well as appearences on CNN, MSNBC and PBS talk shows, explaining the meaning behind his edgy & controversial lyrics. Several films, television shows, news and radio programs feature the classic and current music of LaTour. The dance single "Blue" was featured in the movie Basic Instinct and a televison episode of ABC-TV's Alias in 2003.