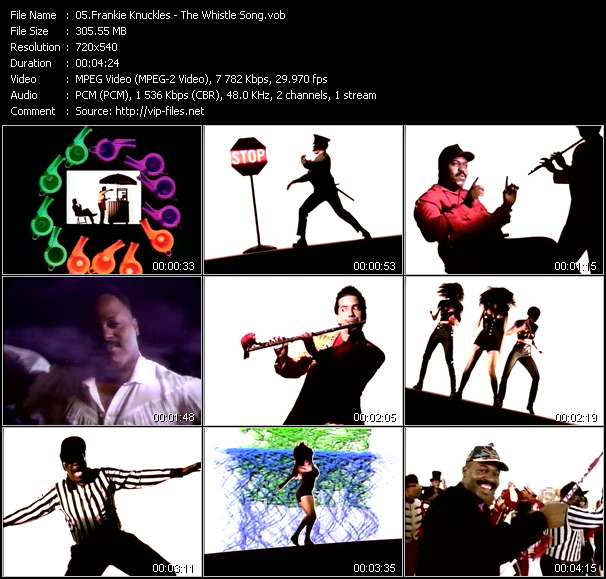 Other Pop-Music Videos of Frankie Knuckles

American DJ, record producer and remixer, born 18 January 1955 in South Bronx, New York City, New York, USA, died 31 March 2014 in Chicago, Illinois, USA. Knuckles was the DJ at the Warehouse nightclub in Chicago from 1977 to 1982. It is widely accepted that his style of DJing and his selection and the appeal of the Warehouse gave house music its name, although in the beginning, the word 'house' was used only in Chicago to denote something which was cool, hip, fresh or bad. Knuckles had been long time friends with Larry Levan, they had had their musical upbringing together from going to clubs like Loft and the Gallery. Due to his importance in the development of house, Knuckles was often known as "The Godfather of House Music", and as such the city of Chicago named a stretch of street and a day after Knuckles in 2004. His accomplishments earned him a Grammy Award in 1997. As well, Knuckles was inducted into the Dance Music Hall of Fame for his achievements in 2005.

DVD: A Night In Clubland