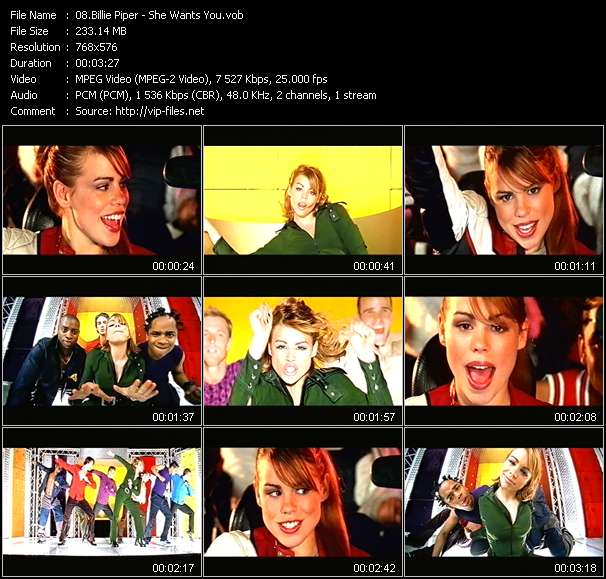 She Wants You
MPEG-2 video VOB

Other Pop-Music Videos of Billie Piper

Billie Piper video Because We Want To

Billie Piper video Because We Want To

Billie Piper video She Wants You

Born Lianne Piper on September 22, 1982 in Swindon, Wiltshire, United Kingdom. Singer, dancer and actress. Appeared from 2005-2006 in series 1 & 2 of the BBC TV show "Doctor Who", as the character Rose Tyler. Published autobiography entitled Growing Pains. She was the main character in "Secret Diary Of A Callgirl" which was broadcasted on ITV2 from 2007 to 2011 based on the blog and books by the pseudonymous "Belle de Jour" Spouse: British actor Laurence Fox (31 December 2007 - May 2016), 2 child children British broadcaster Chris Evans (6 May 2001 - 31 May 2007, divorced) Currently in a relationship with Johnny Lloyd with whom they have a daughter.

She Wants You - Billie Piper