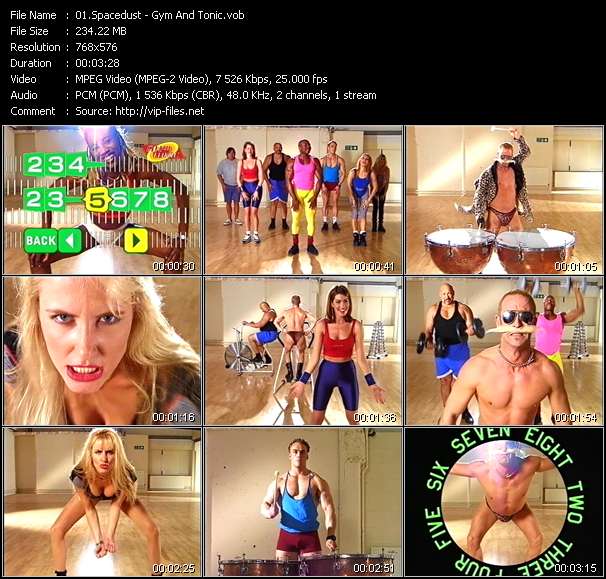 Other Pop-Music Videos of Spacedust

Spacedust video Let's Get Down

Spacedust video Let's Get Down

Commercial dance act that took profit of the juridic void over the Thomas Bangalter record "Gym Tonic" (released by Bob Sinclar). Their single "Gym And Tonic" reached #1 in the UK Singles Chart in 1998. The video for the song, despite being made in the late 1990's, was gloriously cheaply made. It is unclear as to how intentional this was. It regularly features on VH1's "Worst Videos" lists.