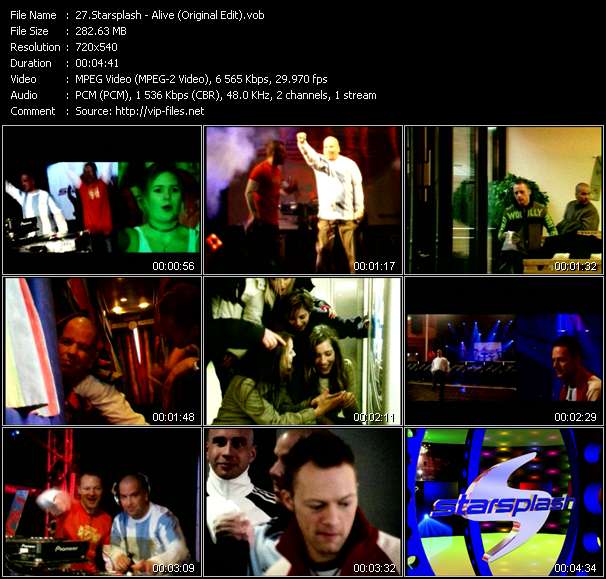 Other Pop-Music Videos of Starsplash

Starsplash video Rainbow In The Sky

Starsplash video Can U Kick It

A Hands Up act formed by Dutchman Ramon Rollfs of Roelofs (better known as Charly Lownoise) and German Frank Fritze (Franky Tunes). Ramon has been in the dance scene for many years now, most famous for being one half of the duo Charly Lownoise & Mental Theo, among many other projects. Frank released solo work on the German Aqualoop Records label and is also active with the project Topmodelz. Starsplash started out in 2001 with a new version of Charly Lownoise & Mental Theo's 1994 happy hardcore classic 'Wonderfull days'. A long line of other singles and albums followed until the guys took a break in 2004. In 2007 Starsplash returned with a new version of their earlier cover of Foreigner's 'Cold As Ice'. Vocals were sung by Alex Avenell.