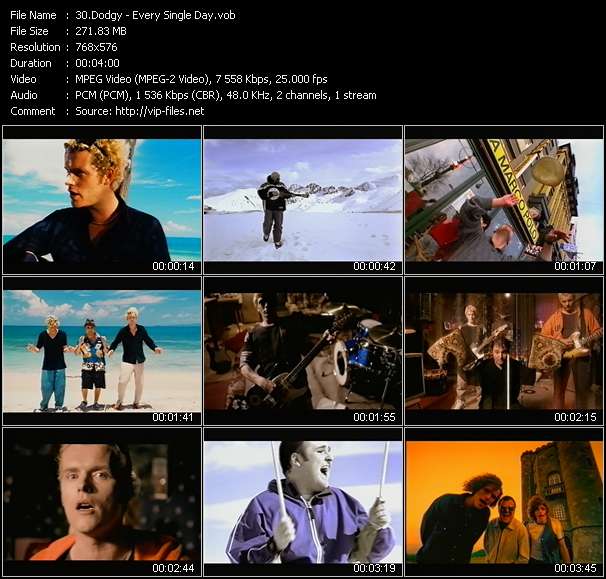 Successful midlands-originated UK indie-pop band, distinctive for their harmonies, formed in 1990. They play on their Midlands roots by the use of "Bostin'" (Midlands colloquialism meaning "Great!) on practically all of their releases. They moved to Hounslow, Middlesex (West London) in 1991 and ended up sharing a house with The Bluetones for a few years. After Nigel left to record solo and pursue other interests in 2002, the band carried on with a new singer and additional guitarist. Dodgy "Mk. II" were short-lived and the band split up soon after, with Andy and Matt pursuing other interests and joining other bands and "supergroups". In 2009 the original lineup got back together for a week-long run of gigs at the Barfly in Camden and toured their comeback album in the winter of 2011 and throughout 2012, including a tour of the highlands and islands of Scotland.