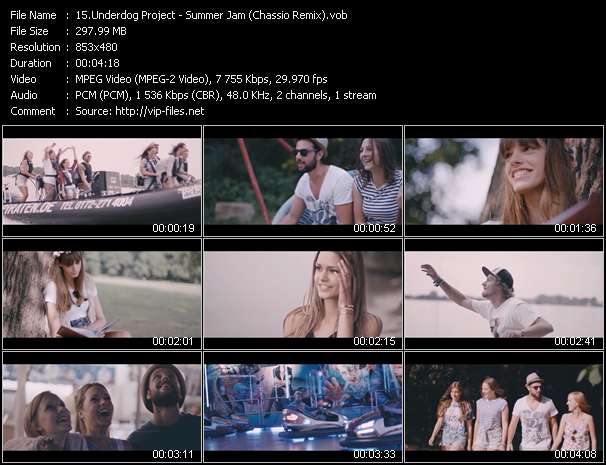 Other Pop-Music Videos of Underdog Project

Behind The Underdog Project there are producers and DJs: Steve Browarzcyk, Toni Cottura and Sahin Moshirian (DJ Shahin). Vic Krishna represents this project as singer on stage. He is being completed by many other artists what you can hear on the album "It Doesn´t Matter" where there is a different voice (rap and singing) on each song. Except from Vic and Craig Smart there are Choice, P. Suave, Terry, Shade, Carlos E. Harmon and Anthony Freeman from the R´n´B-duo Jonestown and even the producer Tone (Toni Cottura) himself who can be heard. Their music was described as a mix of elements of reggae, RnB, freestyle, and English 2-step. The result of this was very nice dance tracks. The band was formed when Vic Krishna was visiting Germany and had a jam session with Canadian singer Craig Smart and the production team of Tone Def and Triple S. The first single Summer Jam was one of the biggest pop hits in Europe of 2000.