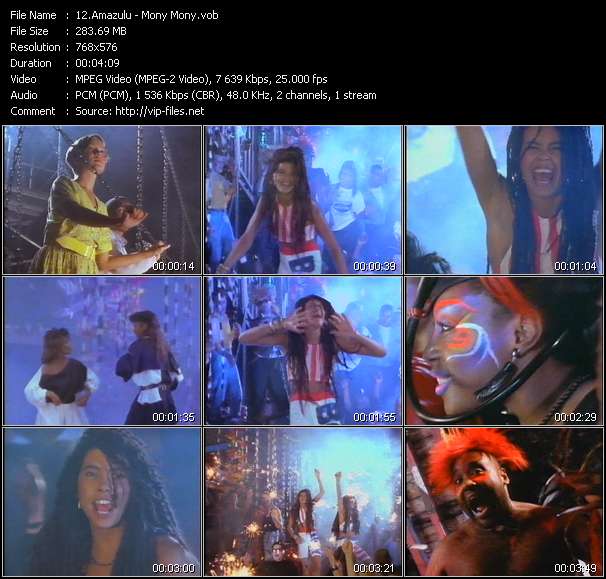 Other Pop-Music Videos of Amazulu

Amazulu video All Over The World

British ska - pop - brit reggae sixpiece - five women and one man Their name means the Zulu people n the Zulu language. Founded by percussionist Sharon Bailey and their first lead singer Rose Minor which soon was replaced by Annie Ruddock. Their first line up included bassist Clare Kenny, saxophonist Lesley Beach, guitarist Margo Sagov and drummer Nardo Bailey. Their first manager was Chas Chandler. Former manager of X-Ray Spex and Adam Ant, Falcon Stuart discovered them and helped them release their first single "Cairo". By the time they released their debut album they had been reduced to a trio (Annie Ruddock, Lesley Beach and Sharon Bailey). Soon after 1986 they became a duo, after Lesley Beach left the trio. Their biggest hit is "Too Good To Be Forgotten" (No.5 in U.K. charts in 1986). Their last hit was a rendition of Tommy James & The Shondells' 1968 classic "Mony Mony" (No.38 in U.K. charts in 1987). Their sole U.S. hit was their cover on the Bobby Bloom's 1970 hit "Montego Bay" (No. 90 in 1987 in pop charts). They disbanded after their second album, in 1988.